We met up with the Swiss Liverbirds for the Liverpool vs Bournemouth fixture, assembling outside the Kop for a welcoming of members and a group photo. Coming from the souvenir shop, we had been watching the previous highlights of the Swiss Liverbirds outings on the big screen inside the ground. Tickets in hand, we headed to the Kenny Dalglish stand for a pre match pie and pint to soak up the atmosphere inside the ground. As kick off approached we made our way to the seats not knowing what to expect, however this turned out to be a return to the vintage attacking form of Liverpool after dropping four points over their previous two games. Sadio Mane started the proceedings which took the edge off a potentially nervous start.  Georginio Wijnaldum, who came back from severe sickness to play, then took the second on 34 minutes. As the stadium echo’ed ‘Si Señor’, the Kop certainly had something to tell the visitors, as Roberto Firmino played a fine pass inside for Mohamed Salah to score the third and final goal and it felt like Anfield had its moment.  Several performances stood out, however a relentlessness performance from Andy Robertson delivering shear hard work and class dominated the 90 minutes which ultimately was a level of technical quality and team-play that Bournemouth simply could not deal with. With 20 shots on target and 2/3rds of possession, a 3-0 score line was modest as the reds relentlessly created attacked after attack. All in all, a great afternoon on a fine afternoon at Anfield. The evening then saw the Swiss Liverbirds head to one of their regular haunts, the Sultan Palace on Victoria Street for a truly excellent Indian cuisine. Many thanks Swiss Liverbirds for the experience!… YNWA 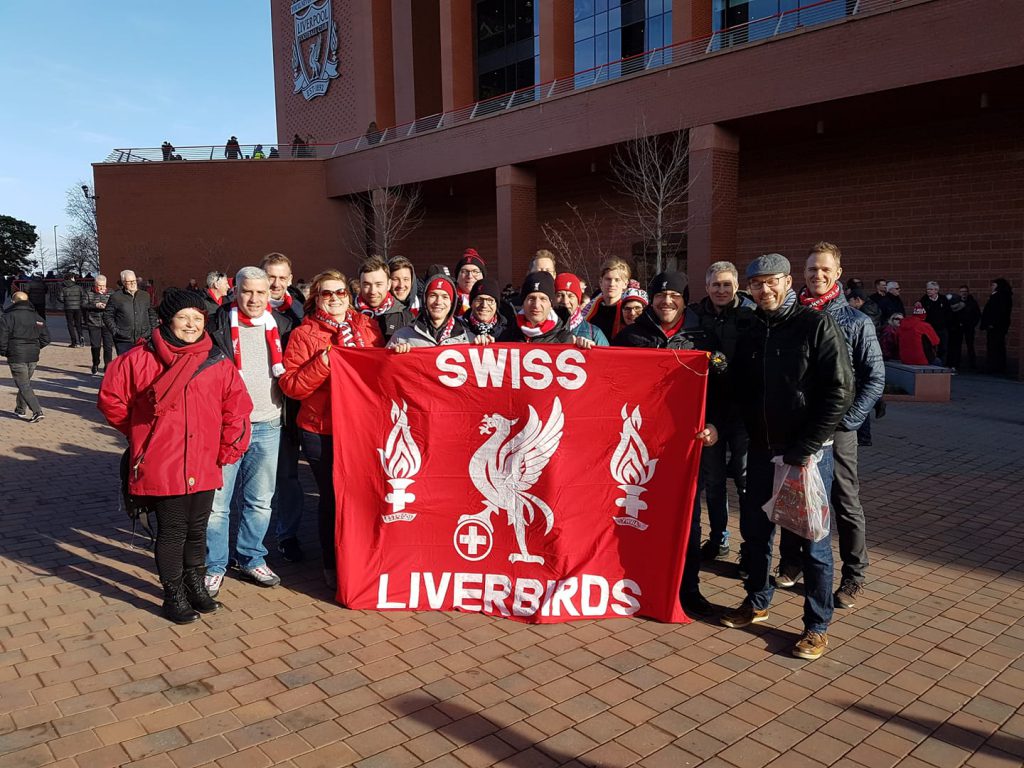